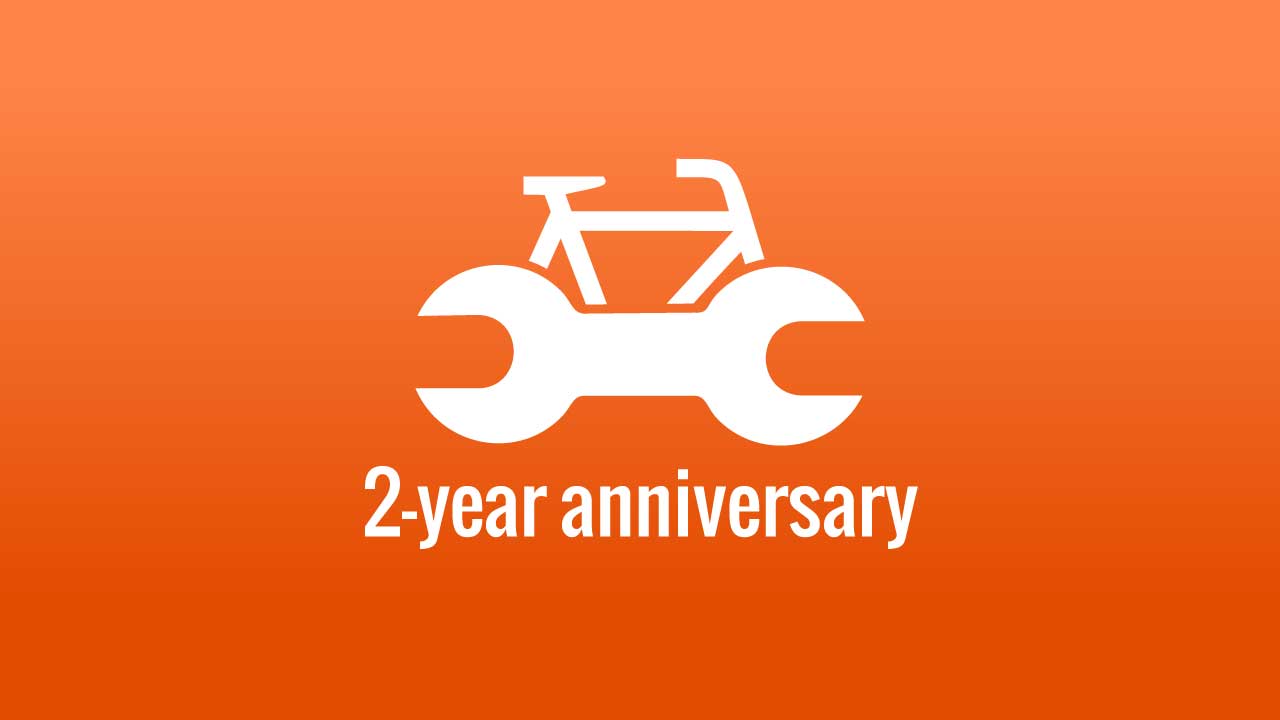 Has it been already 2 years? Yes it has, so the perfect opportunity to reflect on what was and what’s in store.

I just read my previous 1-year anniversary article. It says the following:

So what’s next? Obviously I’ve been thinking about ways to actually make money with this whole restoration endeavour. And obviously, that’s not as easy as I’d like it to be. But nothing ever is. Such is life.

I’ve been self-employed for more than a decade, and when talking about applying a certain business strategy I often use the term “money connection”: a continuous string of activities you can think of that are interconnected and end up generating revenue

My business partner often told me: “I just don’t see how you will make money with this thing of yours.” I didn’t either, but that didn’t keep me looking for the money connection.

I’m happy to be able to convey that I feel I found the money connection in such a way I’ve decided to start doing this full time. Here’s how I did it.

I never stopped creating content, which forms the basis of my business, which is entirely online. I “sell” information, even if that information can be had for free.

As you can see my blog output increased significantly while my video output decreased, with 180 published posts version 83 extra videos. Or rather, almost 4 post per week and just under 2 videos.

No matter how you slice it, the kind of content output I did on the side is simply gargantuan. Especially considering for the most part of the year I did it on the side.

As I mentioned in my last article, I again basically ditched all my other hobbies and focussed solely on bikes. I felt I needed to do more than the big brand names like bikeradar.com and road.cc, and doing it while being a one-man-army.

With some hesitancy I flipped the switch on video monetization, having reached over a 1000 subscribers, and the first payment of 8 cents would follow on December 14th of last year.

It may sound silly, but actually seeing money transferred to your bank account after putting in so much effort in all of this was crossing over some magic threshold. I of course knew it was possible and had been doing it already for my other business. But this was different. This was about a lifelong passion, and this was something I felt I created painstakingly all by myself from scratch.

YouTube monetization was followed by turning on Google Adsense on my website as well. And as it turned out, as of yet, and totally unexpected, it’s the biggest income generator. Which is part of the reason I started focussing more on blog content than video content.

One month after my first payment I would cross 100 euros on January this year. A big milestone right? I crashed a month later…

It’s never one thing that does you in, it’s a combination of things that take their toll over time, wearing away at you as you demand more of yourself than you can handle in the long run.

That’s what I did and it culminated in me attracting pneumonia for the first time in my life, followed by a bout of the flu after having recovered for only a week. I consider myself a strong individual, but having to sleep sitting up or simply not sleeping at all, coughing myself silly, was a humbling experience to say the least.

I’d actually started a new business with a bicycle mechanic which sent me over the edge. In the month leading up to me getting sick I literally worked every day, all day, including the weekends. And reading what I just typed, makes me realize the result of such behavior was simply inevitable, because it came on the heels of having pushed myself for a very long time already.

It made me realize after I recovered I had to make choice. I had to live a healthier lifestyle. So I did.

I started affiliate marketing in February with both Amazon and Ebay and the results were extremely promising. The income of both Adsense and affiliate fees exceeding 300 euros in March. So I decided to stop working after dinner time, and start doing content creation full time, e.g. as a 9-to-5 job.

I also stopped the new business venture grudgingly. It was simply too much and basically meant I started from scratch again, while already making money with my own label, which now suffered because of it.

This is not a play-it-safe decision. 300 euros is nice, but obviously doesn’t pay the bills. I won’t go in all of the details about the conversations I had before making the proverbial leap, but I saw the window of opportunity I had forcibly created and went for it.

I feel I’m at the point where I’m making money, but not making a living. There are a great number of things I’m already doing to point me more into the direction of making a living. It’s about building a business, a system, and prioritizing. About making sound decisions.

And at the heart of all that it’s about pigheaded discipline, as I once learned from Chet Holmes. It’s about doing the things that are necessary to be able to move forward.

And it’s probably about writing the next 200 blog posts as well.

For this year I want at least a four-digit income. I’m anxious about the cycling off-season, which, judging from views and visitors, starts in October. And I wouldn’t be surprised If the rise in revenue stagnates and drops, going pretty much dormant until the start of the next year.

I’ll try to counter this move by creating off-season content. Basically stuff about keeping you in the saddle in bad weather.

I still don’t want to be doing this all by myself, but last year has taught me I need to be laser-focused, so there’s little time to be idling and brainstorming new initiatives with well-intentioned individuals. And I also don’t know any other content creators. But who knows.

As of this writing, I haven’t created any new videos. The financial ROI is simply lower than other stuff I’m doing. Not doing any more videos was a logical conclusion that accompanied trying to make a living out of this. But it is something I do regret to a certain extent, and has obviously stunted the growth of the channel.