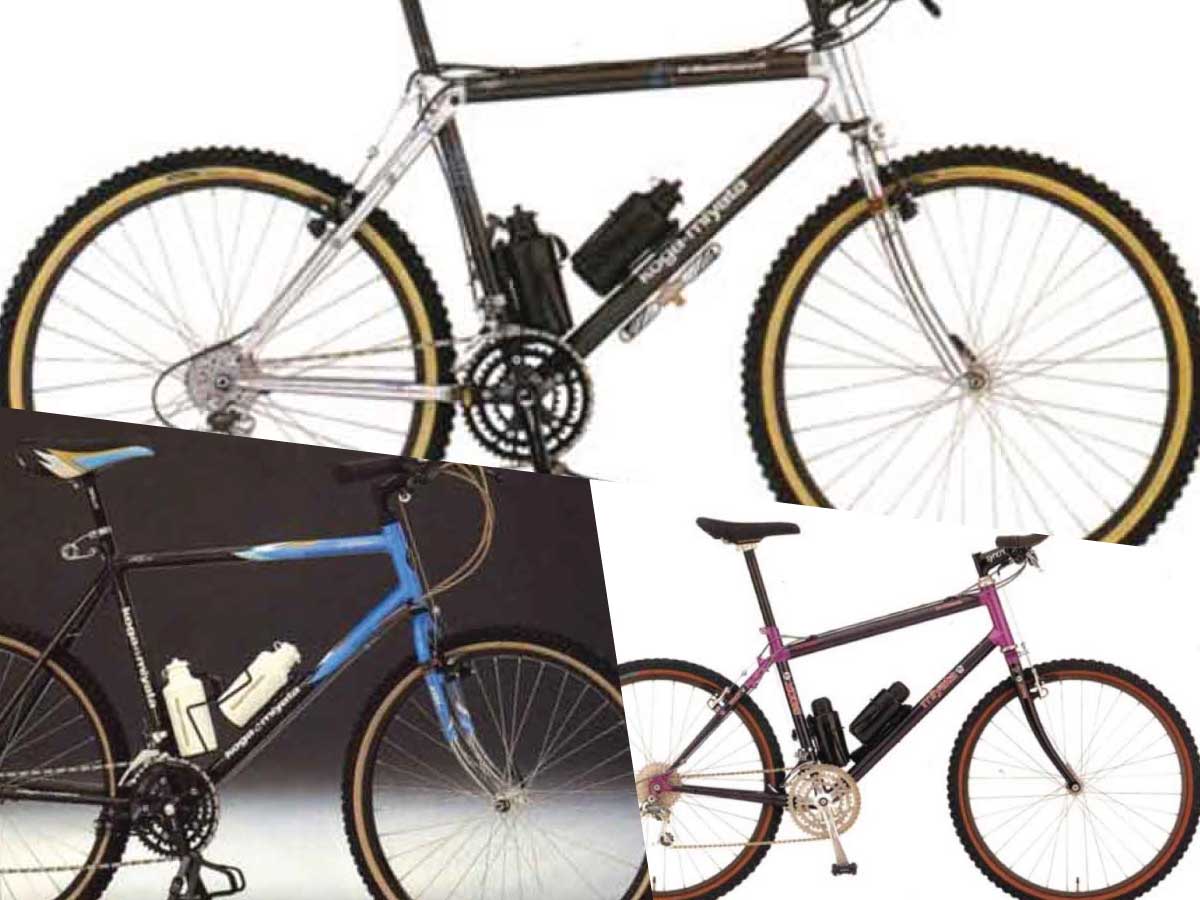 I recently bought a Koga Miyata SkyRunner Carbolite and wrapped up my holy trinity of full-suspension, hardtail and rigid mountain bike.

So it’s a good reason to give the overview of all SkyRunners ever created by this company. Although Greg Herbold, the first-ever mountain bike world champion, would be prominently featured in the Koga Miyata catalogs of the early nineties, the brand isn’t real all that well known for their mountain bikes.

This makes Koga Miyata mountain bikes rare and the top-end bikes almost impossible to find. So I consider myself very lucky I was able to snatch up the one I did.

The Skyrunner was the follow-up to Koga Miyata’s Ridgerunner in terms of being the most decked out mountain bike they offered in the late eighties and early nineties.

All Koga Miyata SkyRunners except for the first one (which was aluminium) contained Carbolite tubing, which was a very thin aluminium tube wrapped in carbon. The aluminium inner tube them to be glued into aluminium lugs.

The Koga Miyata SkyRunner would be the last high-end mountain bike without suspension, an end of an era.