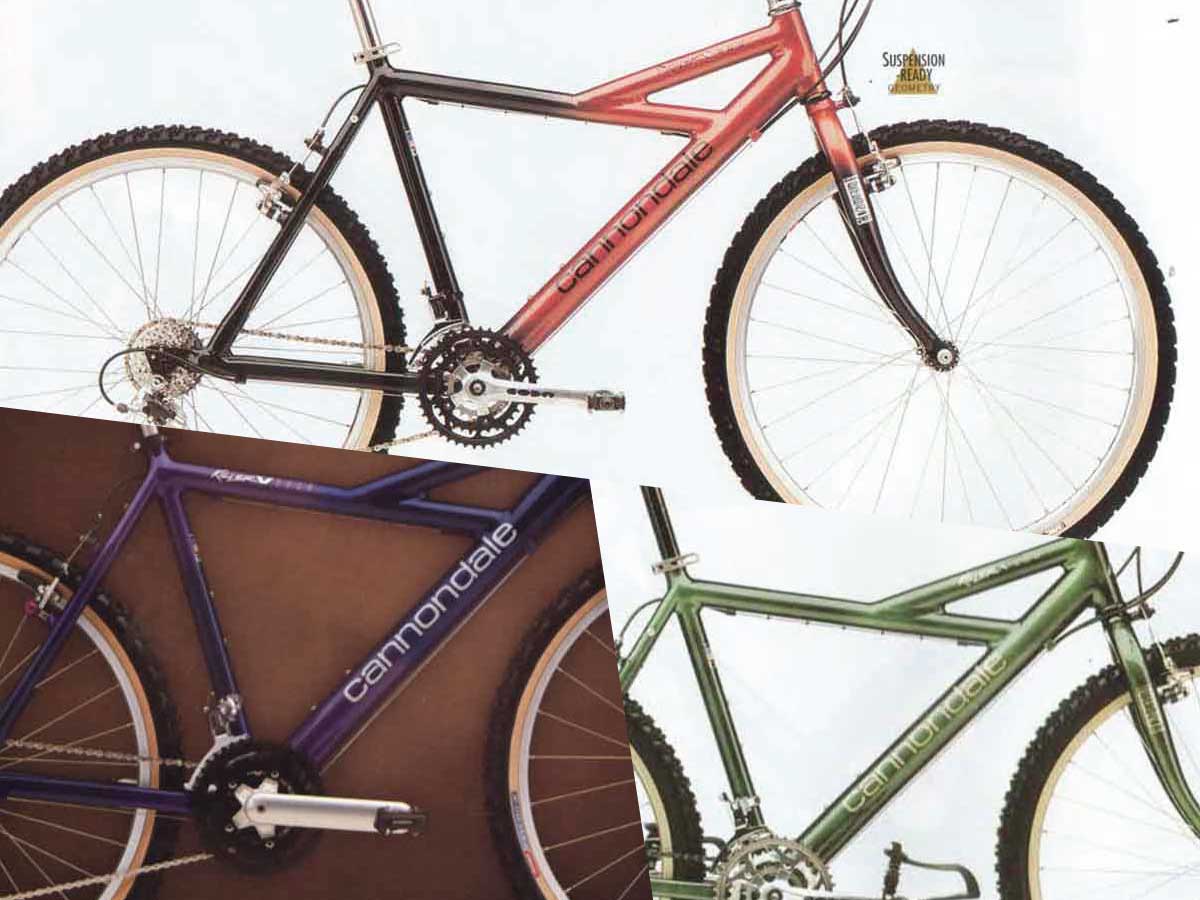 The Cannondale Super V may be one of the most iconic retro mountain bikes from the nineties. I’ve always had a soft spot for the Cannondale Killer V as well.

And in this article we’re going to sum up each and every model ever created.

I own a Cannondale Killer V. It may well be the coolest-looking bike I have in my collection, with the Spinergy Rev-x Roks wheels doing half the work of making it look fantastic.

The Cannondale Killer V was a relatively short-lived series of bicycles, made between 1994 and 1999. It was the rigid version of the Cannondale Delta V.

The unique-looking frame was created to enable more stand-over clearance and a stronger frame. It creates a very compact-looking bicycle.

It also makes it quite difficult to take out a water bottle held in the front bottle cage.

While not as game-changing as the Cannondale Super V’s frame, the frame is still far more special than today’s mountain bikes, which all kind of look the same to me.

The introduction of the Killer V would mark the end of the Delta V lineup. But it wasn’t until 1997 that Killer V’s would be outfitted with front suspension, where the Super V’s already covered the full suspension department.

And pre-1997 Killer V’s don’t feature the oversized head tube to accommodate for the 1.5″ Headshok suspension forks. Another iconic and proprietary Cannondale piece of tech. This way they could be set up with any aftermarket suspension of the time.

I like the front-suspension versions the best, since the oversized head tube makes the frame look even cooler than it already is. Ever since I was a kid I always admired the big round tubes of the frame. They looked so good versus the skinny steel road bike frames.