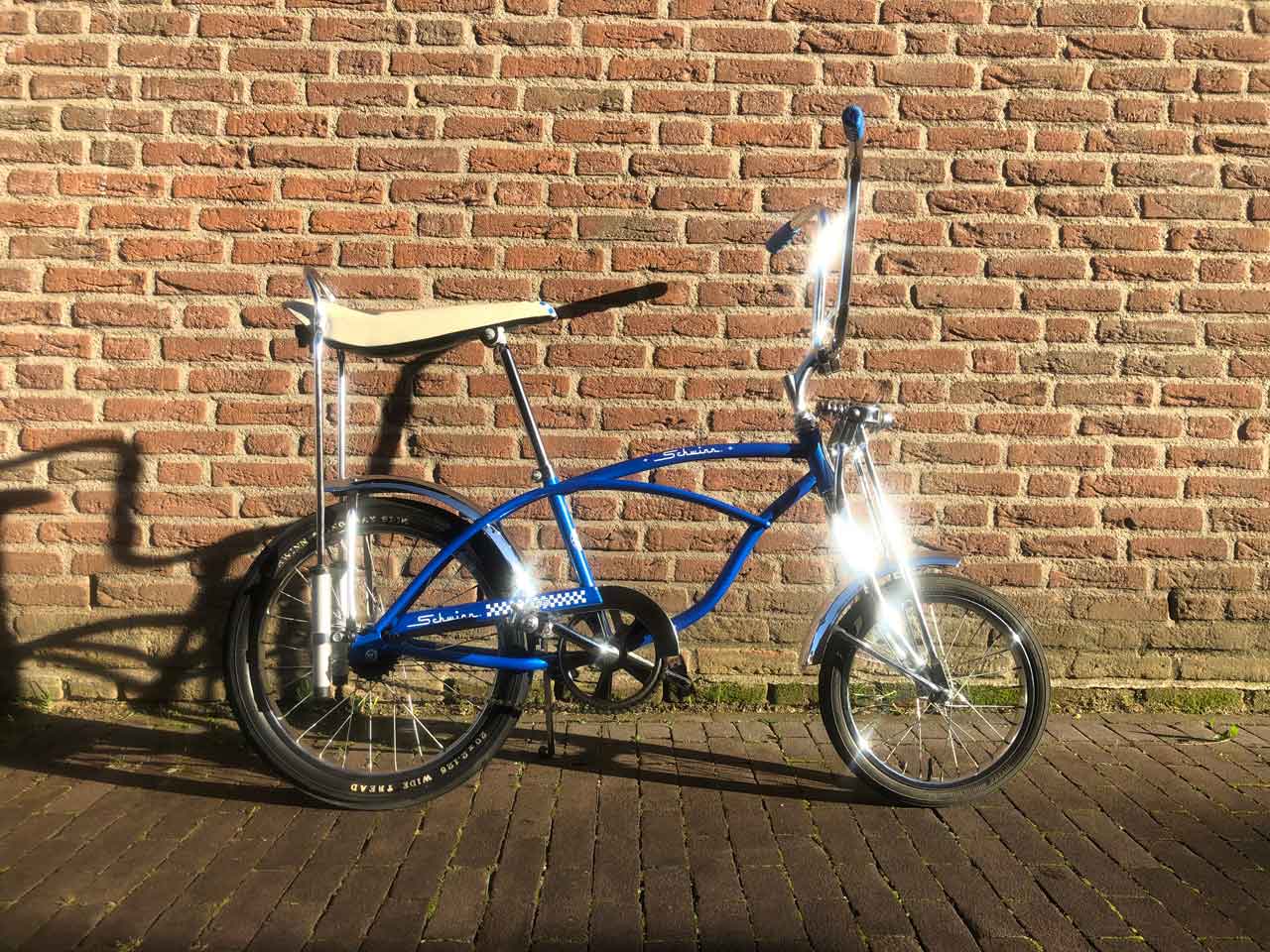 I owned a Vans Schwinnn Stingray Krate Bike. I came across this bike in a clothing store which probably sold Vans as well.

It was intended for my daughter, but since she’s not into biking by a long shot, I didn’t think it would be appropriate to provide here with a new limited edition Vans Schwinnn Stingray Krate Bike. It would be damaged in no time.

The Schwinn Stingray Krate bike is one of the most recognizable bikes in history. They were originally sold from 1968 to 1973 and my brother owned one (I owned a BMX). So I have some fond memories of the two of us riding our bikes.

Which was exactly the reason I asked if the bike was for sale. It was and I believe I took it home for €300.

A limited set of them we’re made. Vans also brought a pair of shoes on the market that went with it. I’m not into Vans or into cruisers. The shoes might be more rare than the bike. Apparently only a couple hundred of them were made.

I never rode it for obvious reasons before deciding to let it go again. It was taking up space and I’ve committed myself to owning bikes I actually use. And since my bike restoration hobby costs money as well, I didn’t mind being able to pay for it by letting go of some stuff as well.

The money I made with the sale of this bike partially made up for what I had to pay for my Cannondale Killer with Spinergy wheels. I received €400 for it, which probably is too little considering its rarity, but the guy I sold it too was really happy with it and I’m happy with the fact my attic is a little less cluttered.