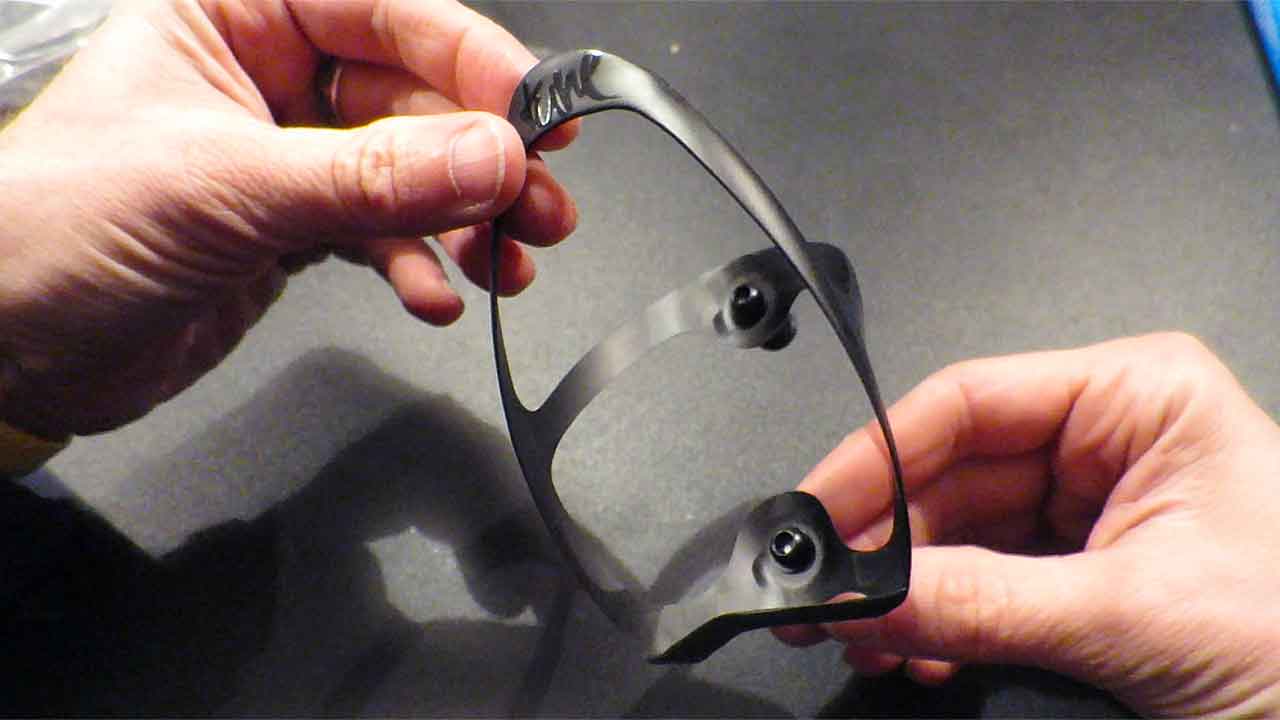 In this article I’m going to give you my honest Tune Wasserträger 2.0 review.

I paid €48.80, which is more than 56 USD excluding shipping costs. So the main question is why on earth would you spend that kind of money on something, that besides the minimal weight gain and aesthetics, offers nothing else in terms of functionality. Some people buy an entire bike for that kind of money.

So first of, let’s get one thing out of the way and that’s the following. The Tune Wasserträger 2.0 is a really good bottle cage, that does it’s job near perfect.

The bottle cage comes with two rubbers that are kept into place with the two bolts. These rubbers make sure your water bottle stays where it should be, because carbon doesn’t give much in any way and can’t provide stretch as with classic aluminium bottle cages.

I lost one of the rubbers really quickly, probably when I removed the water bottle while riding. This wasn’t a big deal, because two provided too much grip anyway. But that’s something to keep in mind.

I also believe that 9 grams is one of the lightest bottle cages in the world. So as far as weight gain with the help of a bottle cage is concerned, this one scores an A+.

The bottle cage is very well engineered with a small curve in the top lip that helps getting your water bottle in without losing much grip.

And after a lot of use it hardly shows any signs of wear.

I got a comment on my video about full carbon saddles asking me why I’d put a 300 dollar saddle on a cheap bike. Apart from the fact that that bike isn’t as cheap as it used to be, aided among others by this expensive bottle cage, I made a decision to spend more money on less bikes in general.

My goal wasn’t to have the cheapest tool to hold my water bottle. If that was the case I would simply keep the bottle cage I already had.

I had a lot of fun researching what carbon bottle cages were out there, why you would choose one over the other. And I settled for this one to be able to add one more piece of carbon to my retro build, which makes it look even more awesome in my opinion.

Final thoughts on the Tune Wasserträger 2.0

The Tune Wasserträger 2.0 suits this bike very well, and completes the picture I wanted to create. I’ve bought more standard black aluminium Topeak shuttle cages for my Super V, because that’s what suits that bike better.

So this bottle cage does what it needs to do very well and in style. Whether it’s worth the price is up for debate but always dependant on your personal goal.