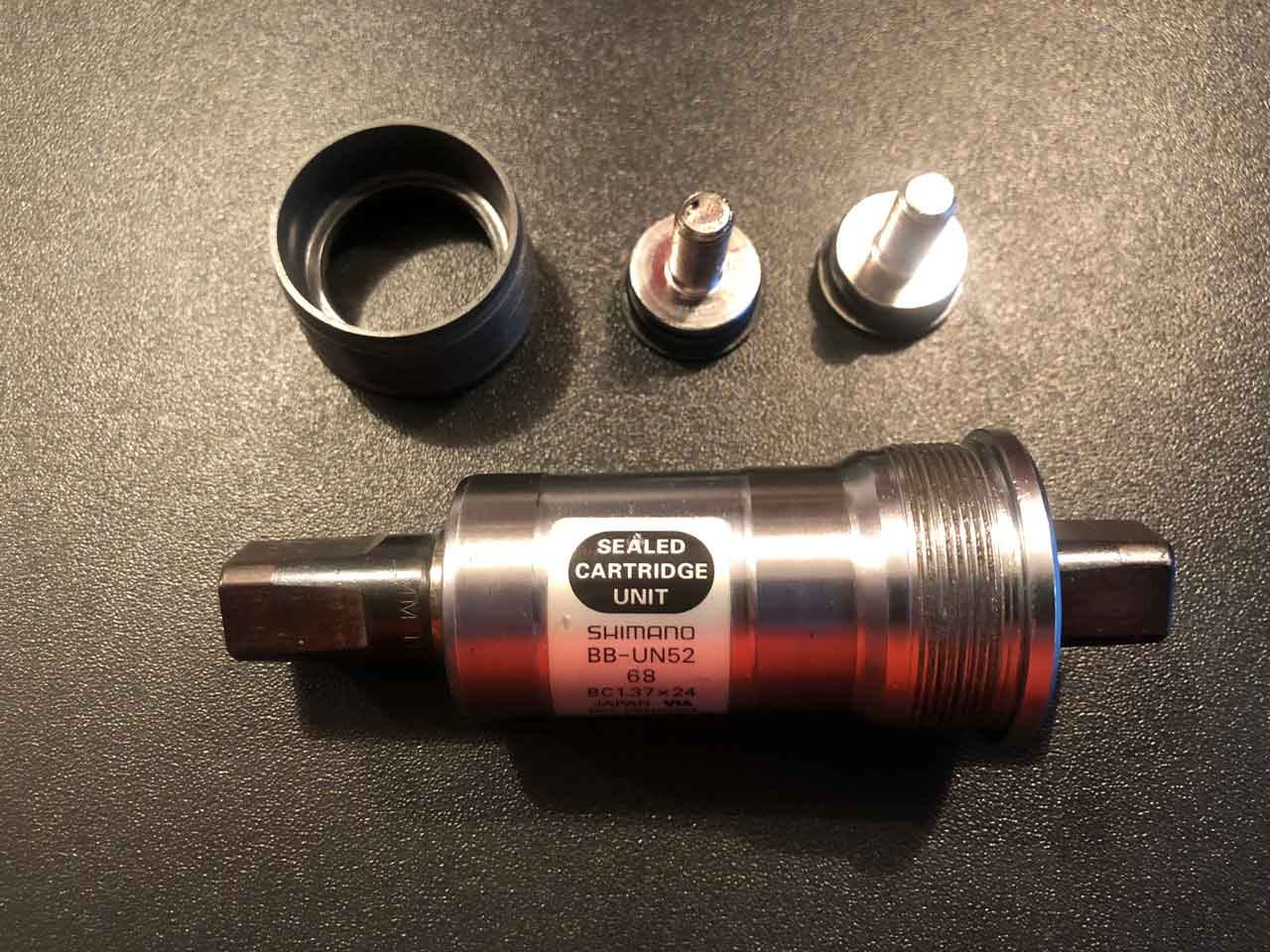 Square taper bottom brackets seem outdated in a world where a new piece of tech seems to be hitting the market every minute.

But even new bikes today get outfitted with them. And it begs the question “are square taper bottom brackets good?”.

Common reasons not to use square taper bottom brackets

Weight is often cited as a reason why parts are better or worse than other parts. With lighter being better.

A Shimano BB-UN55 square taper bottom bracket weighs in at around 285 grams for the 123mm. length version.

So yeah, that’s quite a big difference for just a single component. And if you care about shaving off around 200 grams you might consider upgrading from square taper to Hollowtech.

However, my Shimano Deore XT FC-M770 Hollowtech II crankset weighs exactly 600 grams. The 1989 Shimano FC-MT60 crankset weighs less with 530 grams. So the net effect of not using a square taper bottom bracket because of the weight is less than you might be looking for.

Another common argument against square taper bottom brackets is that they are less stiff. And with a larger width, bigger bearings on the outside rather than the inside of the frame, and the spindle co-integrated with the crank that might indeed be the case for Hollowtech II bottom brackets.

That being said, I’ve never actually felt cranks flex when doing steep climbs and really putting the power down. So I don’t know, is it true, and if so, does it matter for the average Joe?

I only have one bike with a Hollowtech II crankset. And the only difference between that bike and other bikes is that I had to buy yet another tool to service it.

As taken from the video below:

The failure moment on a bicycle bearing is usually from an external factor, such as contamination. So you get a bit of grit in there, the balls spins around and then grinds itself into one of the races. So that’s how that fails.

Whereas the Hollowtech crank is pressed flush against the bottom bracket, the open character of square taper bottom brackets does lend itself more to being contaminated.

Square taper bottom brackets have been around for over 3 decades and are still being used today.. That’s a telltale sign that overall its design can be viewed as very reliable.