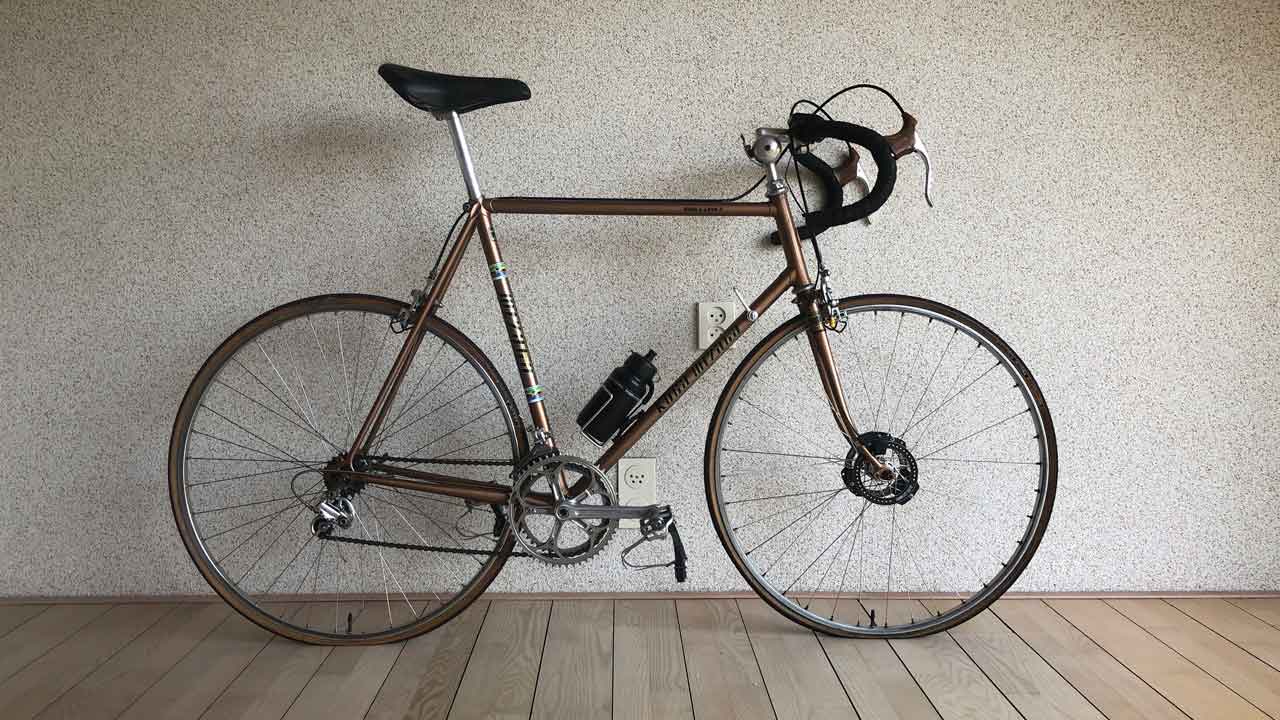 For this article I’m going to give you the back story of my dad’s road bike, which is a Koga Miyata Gent’s Luxe S from the year I was born: 1979.

This article is going to be special. Not only because it’s about the bicycle that started my love for cycling, but also because of a pivotal moment in my life.

You see last year my mother passed away and since my father has been deceased for 25 years it meant I was going to inherited his bicycle.

I started riding my father’s bike after he’d passed away battling cancer. And I road it for 7 years. So the bike is obviously near and dear to my heart.

The last months I’ve been cleaning out my parental home for the new owners. And boy, there’s a lot of memories in undertaking such a process.

The home is sort of a time-capsule of my youth, because everything basically stayed from the moment my dad died in the mid nineties. And that includes the bicycle.

So I wanted to capture and share the moment where I would be taking the bike down from where it hanged in the garage for as I can remember.

Being in that house where I grew up in, and everything that has happened the last couple of years, makes it difficult to feel anything else but a sense of loss in the moment. But knowing that basically everyone at a certain moment in time will have similar stories of loss and grief helps putting things in perspective.

And that’s part of the reason I wanted share this with you. There’s nothing wrong about being sad on occassion if it serves as a pressure relief from the things that are going on in your life.

Some of you might argue that putting it on tape is sort of exhibitionistic. Obviously my opinion differs. I’ve heard a lot of times that what has happened is a part of life. But at the same time I felt awkwardness with other people when displaying emotion.

I’m definitely not the type of guy who keeps looking in the rear view mirror. But such an experience as losing a loved one takes a bit more time so to speak. So give yourself and others the time and space necessary to put things in perspective when such a thing happens, which is a lot easier said than done.

So that wraps up this article. It’s kind of strange to say that I hoped you enjoyed the video as I do when I end every other video. But instead I hope that it helps a bit when you’re in a similar situation. And I hope I can welcome you again for the next video. Bye for now.