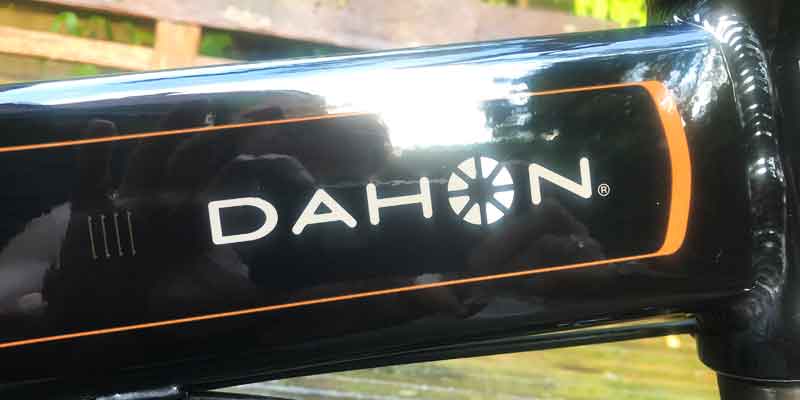 Over time, especially with bicycles decades old, the paint job on a frame can loose its luster. In this article I’m going to delve into why this happens and how you can polish bicycle frames to return them to their former glory.

Your bike’s paint job not only serves to make it look good. Its main task is to protect your frame from the elements. Most older frames are either made from steel or aluminium. And a bike that’s being used in various conditions sooner or later comes into contact with water, dirt, salt, oil, bird droppings and other stuff.

Paint or base primer

A paint primer is usually the first layer applied to a frame. Primer serves as a sealant against corrosion. It usually has a color (beige, gray or black) that helps you distinguish it from both the frame and the second layer of paint.

The second layer is either sprayed on or applied through a process known as “powder-coating“. This second layer adds added protection and gives the frame its unique color scheme. Spray paint provides more flexibility in creating elaborate color schemes. Powder coating is far stronger and more durable.

The third and last layer is a clear coat. Clear coat protects the second layer of paint from being damaged. It’s also used to achieve a certain level of gloss. This is done by sanding. And, as we shall see, polishing a frame has aspects in common with sanding.

What is bicycle paint damage?

Paint damage can be separated into three distinct categories:

Step 1: cleaning your bike before polishing your bicycle frame

Before you start polishing your bicycle frame you’ll need to clean it. Even the smallest grain of sand can cause damage to the paint. As you clean the bike with a cloth, the cloth itself can turn into a form a emery paper causing new scratches instead of removing them.

Cleaning a bike frame deserves its own post, so I will not discuss it in detail here. Just make sure that both the frame, the tool with which you clean it, and the applicator pad which we’ll discuss later, are free of any form of grit.

How damaged the paint of your bike’s frame is, is dependant on what layers are compromised. Polishing your bike frame can only be done on the latter two layers (paint and clear coat) not the primer.

If damage has resulted in the removal of the second layer of paint you can polish all you want, it won’t magically recreate this layer of paint. Polishing a bicycle frame achieves its goal by actually removing either part of the clear coat and/or paint, or both in a process similar to sanding. It never adds any of these layers back.

Getting your glossy frame back can be done by removing the clear coat and/or the paint (second layer) in such a way so that it reflects the light more evenly. E.g. when looked at from a cross section the paint becomes a straight line instead of a jagged one.

Meguiar’s products are traditionally used in the auto detailing industry. Obviously cars have much larger surfaces that can be polished. So a machine buffer makes more sense in this respect than hand-polishing. But bicycle frames can be difficult to man-handle, especially on finished bicycles. Polishing a bicycle frame with a machine buffer before building the entire bike is a different story.

You also run the risk of actually creating more scratches if the pad you use to apply the compound becomes dirty. You need to clean your entire frame before polishing, which is very difficult to do in hard-to-reach areas around cranks, brakes and derailleurs. A single grain of sand can very quickly create deep scratches when you apply a certain amount of pressure. Using a machine buffer does a tremendous amount of damage in a very short time if your pad is dirty.

You have dedicated foam applicator pads for hand-polishing a bicycle frame.

After you’ve used a cutting compound you’re frame paint is more vulnerable than before. You’ve diminished the protective layer of clear coat or have removed it altogether.

To protect your now glossy frame you can consider waxing it. Waxing a bicycle frame that has been polished adds a thin but temporary layer that hardens and protects the paint from minor outside influences.

It also has the additional advantage of increase the intensity of the shine. After application, hardening and removal, the paint surface becomes even smoother, reflecting more light in a straight pattern. The same type of applicator pads can be used during this step.

A well know type of wax is one called “Carnauba wax” or “palm wax”.