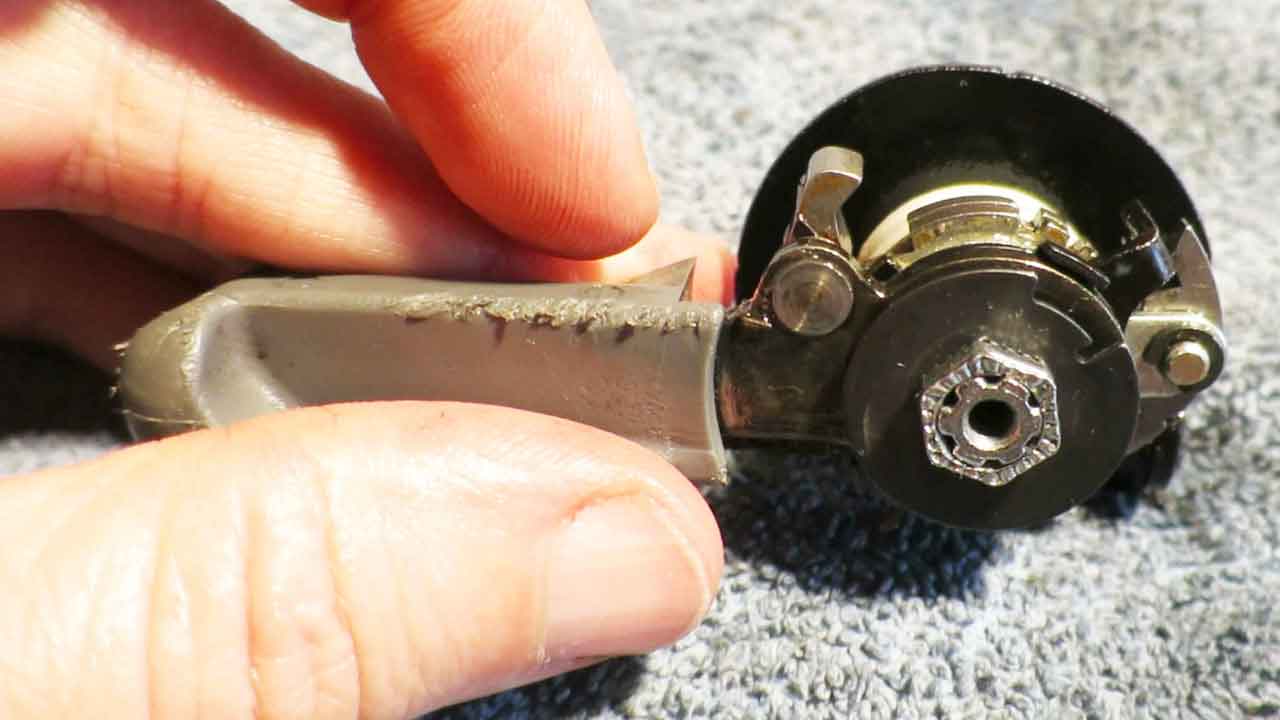 In this article I’m going to explain to you how to fix sticky bicycle shifters. The bicycle I’m going to perform the operation on is going to be my daughter’s 1991 Giant Coldrock.

Unfortunately, during the reparation, it turned out the right shifter was actually missing a part and would need to be replaced. The previous owner had probably tried to fix the sticky bicycle shifters himself, opened the shifter, and gave up after a few tries, loosing a tension ring in the process.

In late 1989, Shimano introduced their “Rapidfire” shifting for mountain bikes. This brought indexed shifting to the handlebars – something previously only available on downtube shifters or thumb shifters. This mechanism operates like a ratchet, the larger lever applying tension to the gear cable, the smaller one incrementally releasing it. The Rapidfire mechanism was subsequently adapted to be used in STI levers.

These Rapidfire shifters are integrated with the brake lever, commonly known as Shimano Total Integration setup. The entire shifter element is attached to the brake lever with allen allen bolt.

The shifter cable head is located behind the lever and can be removed by pushing it outward.

You will no be able to see the ratchet mechanism that enables the shifting.

The sticky bicycle needs to be cleaned and re-lubed. I first soak the entire shifter in a bowl of water of around 40 degrees (104°F) for about 5 minutes. This loosens the sticky grease which can then be removed more easily from the shifter.

After I’ve dried the shifter I spray WD-40 on it and lube the ratchet pawl with a drop of sewing machine oil.

By operating the shifters for a couple of dozen times you work the oil into the shifter and pawl. The shifter should function normally by now.

And that’s how you fix sticky bicycle shifters ! If you like this article give it a thumbs up. If you have any questions or suggestions for new articles, let me know in the comments below. Cheers.