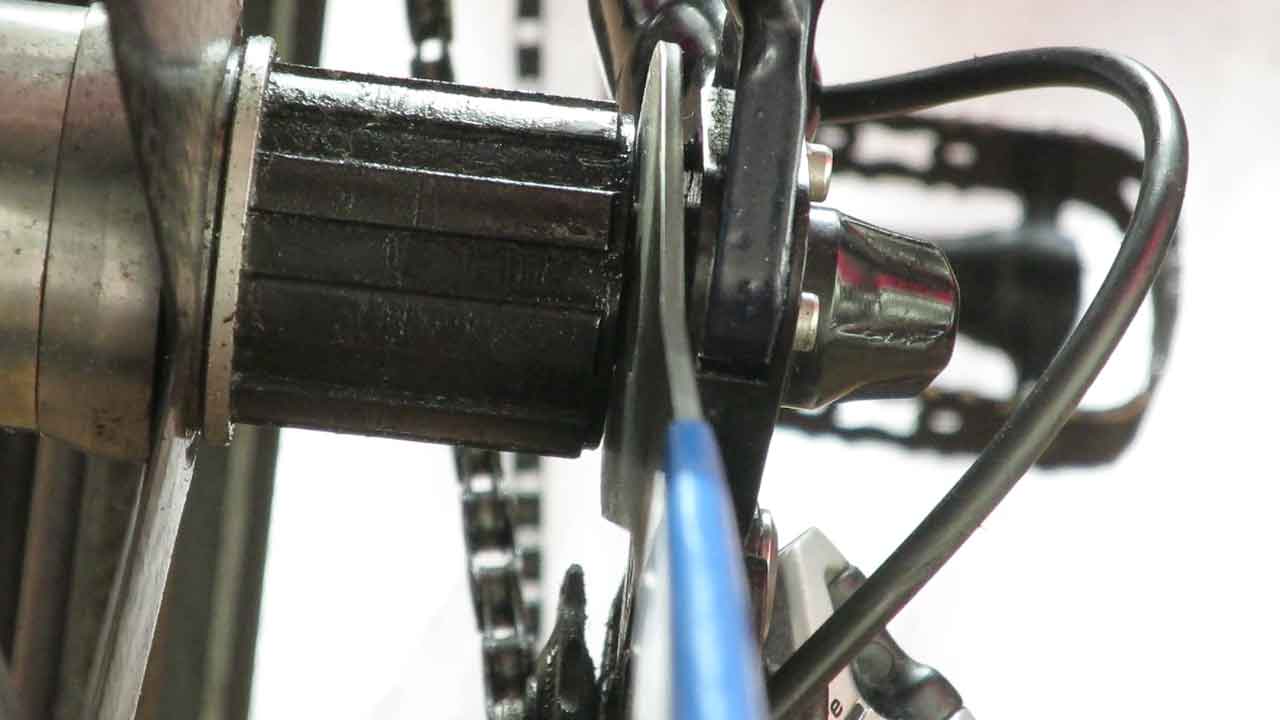 In this article I’m going to discuss how to remove side to side play in rear wheel. The rear Spinergy Rev-x Roks wheel keeps giving me headaches. Even after I had the entire rear hub serviced and put in new bearings, it still has play. So I’m going over some advanced troubleshooting to remove the play in this wheel.

I’ve created a number of other articles that are related to this one:

I actually sanded the cone and removed the majority of the pits, the ball bearings we’re renewed and the entire hub overhauled. The LBS mechanic removed the play, but when the wheel was placed inside the frame it was still there.

If that’s the case you can adjust the cone with the wheel on the frame. In my case, since the cassette was upgraded from an 8-speed to 9-speed there was no room for the cone wrench. So the wheel had to be removed.

Why removing play is so important

If you’ve got play in one of your wheels (probably the rear), both the bearings, the cone and bearing races within the hub are more prone to accelerated wear. And play is also an indicator the wheels internals are more exposed to outside elements.

I’ve never serviced a wheel with play on an old bike that didn’t show corrosion damage as well.

I’ve dedicated an entire article on how to remove a cassette with a chain whip so there’s very little use of reiterating the exact same information here.

Before you reinstall the wheel be sure to loosen the nut keeping the cone in place or you won’t be able to twist it.

With the wheel back in place without the cassette we can now start removing the side to side play in rear wheel by adjusting the cone.

There’s very little room between the hub and the frame. Also the rear derailleur might get in the way, so cone adjustment takes some fidgeting to get right.

When you feel the adjustment is correct, tighten the nut, and reinstall the cassette. Also make sure the axle runs smoothly. If this is not the case it might be there’s damage to your hub. In that case you can adjust all you want but you’ll never get rid of the play.

And if the nut is loose, tightening the skewer might actually be used to adjust the cone.