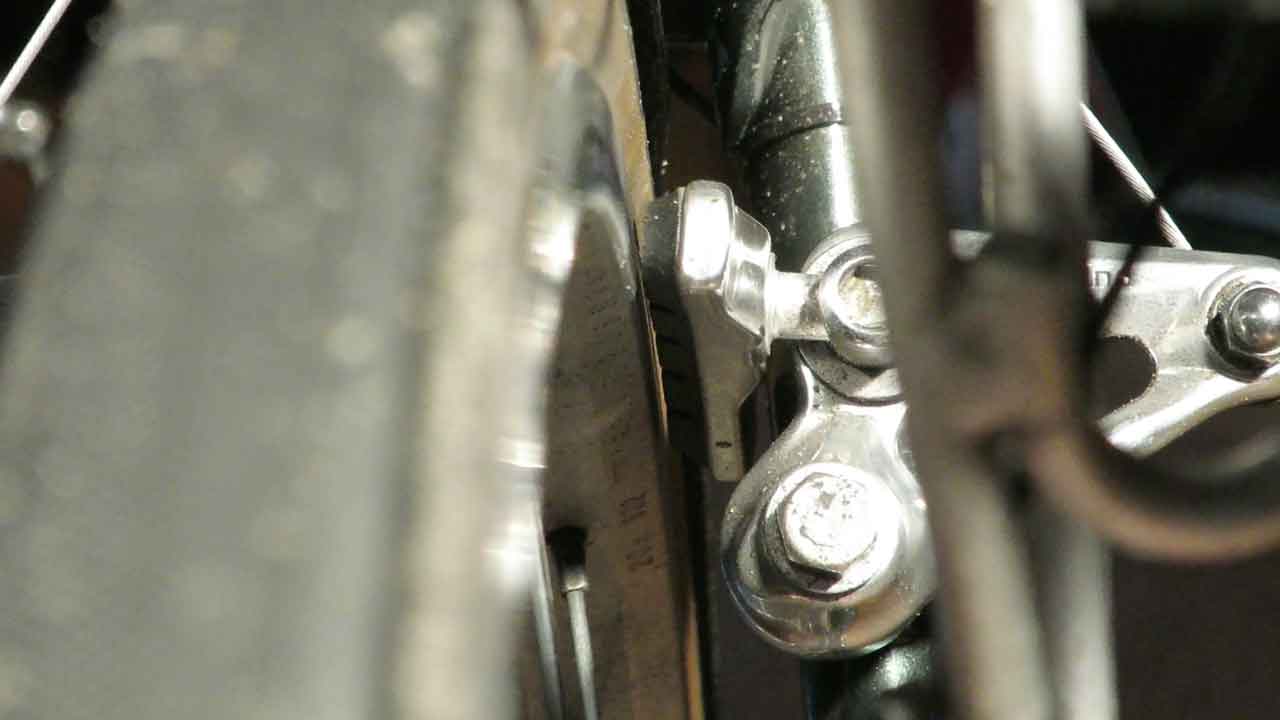 In this article I’m going to show you a quick tip on how to achieve cantilever brake centering.

The brakes are center-pulley Shimano Deore XT cantilever brakes. And the biggest issue with these type of brakes is that they don’t have adjustment screws.

Because one of the brakes was constantly rubbing against the rim I even tried swapping the spring, thinking a weak spring might the cause.

Step 1. Figuring out the issue with the off-center cantilever brakes

The following issue won’t be the cause for all bikes out there, but it was for mine. The cantilever brakes reside on a 1986 Koga Miyata Adventure. I had already noticed the rear wheel being off-center and a slight crack in the chain stay.

The bike had probably been in quite a crash somewhere in its lifetime. Or multiple.

Either way, the rear was bent, but so was the front. The front wheel also wasn’t entirely centered. And as I released the bolts that fixed the wheel in place I saw one of the forks moving slightly outward with it. About 1 mm.

Now 1mm. in the hub is enough wiggle room to cause movement at the rim. And it did. Enough so that the front cantilever brake was out of center.

The Koga has a steel frame, and if there’s one thing you can do with steel more than with any other material used to build bicycles, is that you can bend it ever so slightly without compromising its integrity. And so I did.

The idea was to introduce the same amount of room at the opposite side with the other fork arm, so it would cancel out the effect.

I created some wiggle room for the fork arm to move. And started the cantilever brake centering process by repeatedly pulling the arm towards the screw.

Actually bending a fork was not the first thing I thought of when trying to adjust this brake setup. But as this article shows you have to take everything into consideration, especially with old steel bikes that have been through a lot apparently.

And that’s how you achieve cantilever brake centering! If you like this article give it a thumbs up. If you have any questions or suggestions for new articles, let me know in the comments below. Cheers.