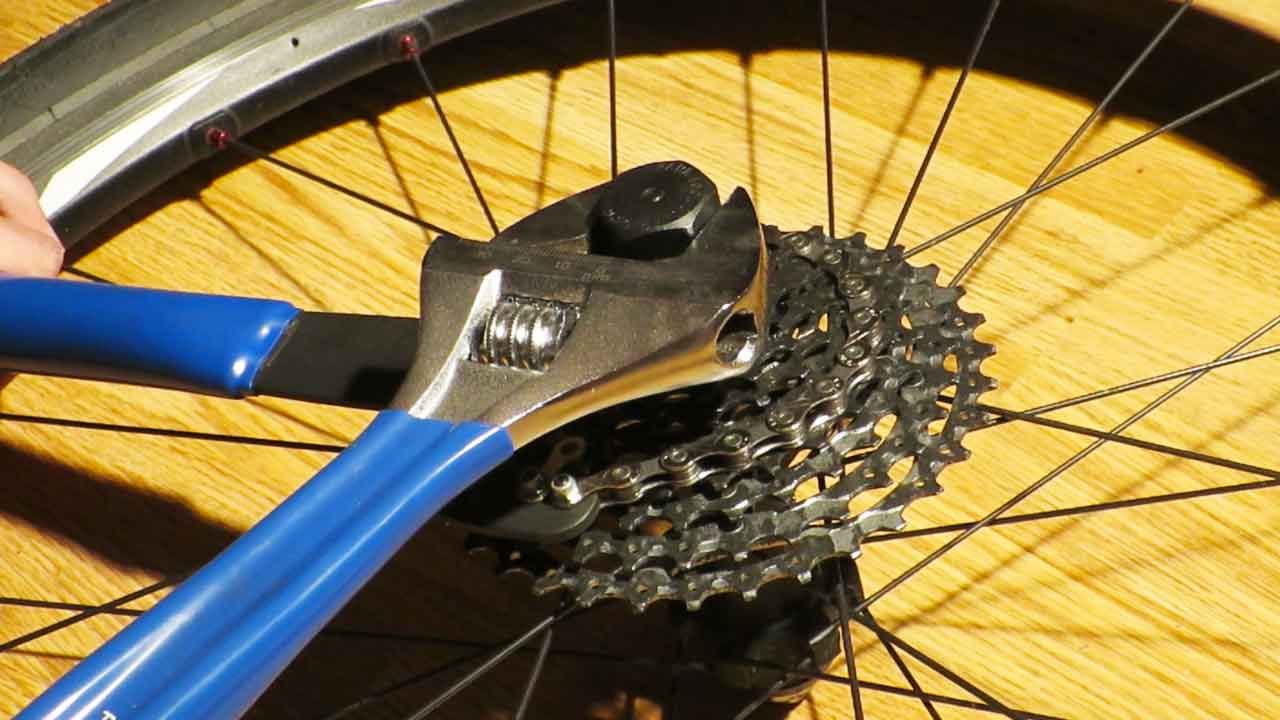 In this article I’m going to explain how to remove a bike cassette with a chain whip. It’s a pretty standard procedure that serves many purposes. Ranging from cleaning your cassette, to overhauling your bicycle hubs, or simply replacing the cassette with a newer one.

It’s pretty obvious you’ll need a chain whip. Since the cassette rotates, you’ll need to keep it in place while your remove the lockring that tightens it on its freehub body.

You cannot possible hold the cassette with your hands, not even with a towel wrapped around it to prevent the teeth from changing them into a bloody mess. You also cannot hold it with tools not designated for this particular job. Well maybe you could, but you would probably damage the teeth.

That’s where a chain whip comes into play. It’s basically a handle with a piece of chain at the end (yes you can make the thing yourself if you want to).

The chain is wrapped around one of the sprocket, probably one with 18 teeth or the middle one on a 7 or 8-speed cassette.

You’ll also need a tool to remove the lockring. It’s aptly named a lockring removal tool. There are a lot of different lockring tools, but the one shown here is used for current day cassettes.

This tool has splines that fit on the inside of the lockring. My advise would be to buy one with a guide pin. The guide pin goes into the axle making it very easy to setup.

Once in place you can rotate the tool counterclockwise to loosen the lockring. I use an adjustable wrench for this process. This tool provides me with the leverage that’s sometimes needed to remove stuck cassettes.

With the lockring removed you should be able to just slide the cassette from the freehub body. You don’t have to worry about forgetting how it went on, because a cassette can only go onto the freehub body in one way.

And that’s how you remove a bike cassette with a chain whip!