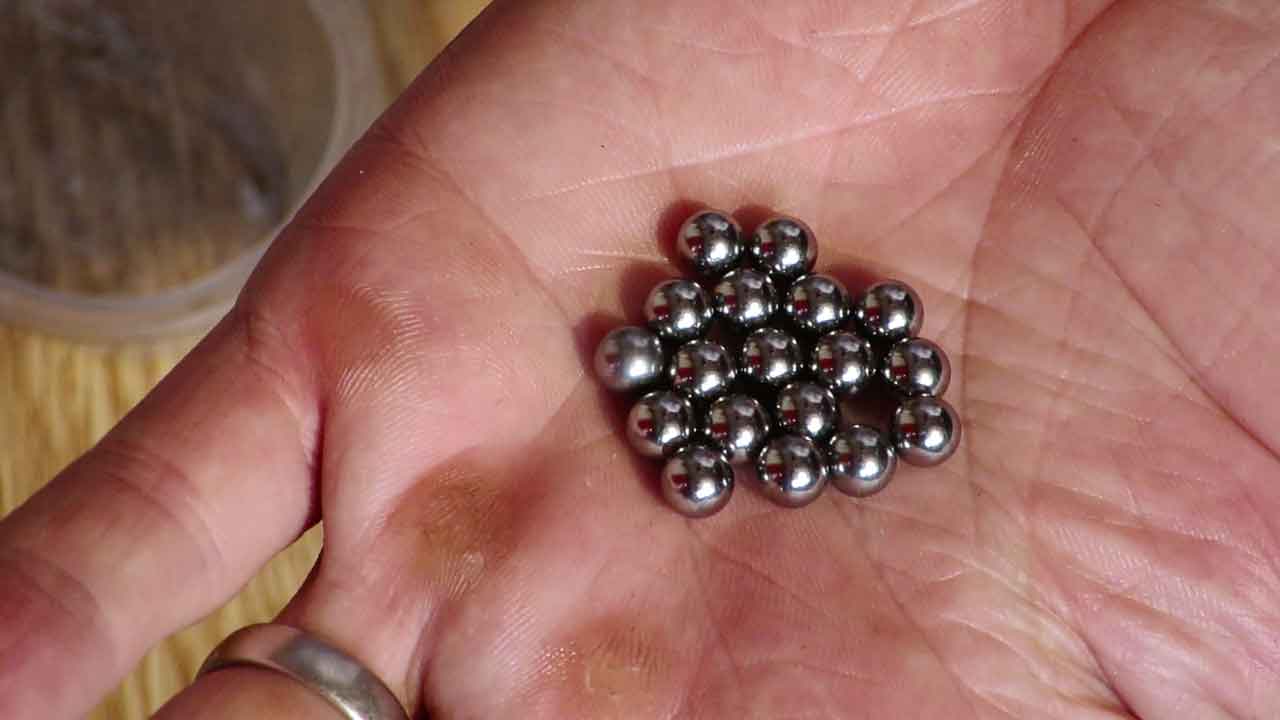 In this article I’m going to explain how to clean bicycle hub bearings. Oftentimes you don’t know what damage has occurred to the hubs on the wheels until it’s too late. So a regular check if everything is still in order is something any vintage bike lover should be able to do.

To a certain extend, bearings are pretty vulnerable parts of your bicycle. There are two types of bearings, loose or sealed cartridge bearings. The first one is commonly found on bikes from the ’90s and earlier.

Since, as the name suggests, sealed cartridge bearings are sealed, they are less vulnerable than their loose counterparts. Loose bearings are sealed away within the hub with a cone nut, which might or might not contain a rubber or plastic seal around it.

Both the hard and soft seal cannot prevent water from seeping into the hub and wreaking havoc. That’s why a third protection consists of an ample amount of bearing grease, which acts as a water repellant.

But as age sets in, the amount of grease may both diminish and loose its protective nature. And cleaning your bicycle by hosing down the hubs or even worse, using a power washer, may force water into places it shouldn’t go, like your hubs.

As bearings degrade their surface get’s pitted. As you tighten the cone you’ll clearly hear and feel the bearings grinding along the bearing race.

Obviously the wear speeds up the more damage has been sustained to the bearings. And the wheel will rotate less smoothly on its axle. Loosening the cone to prevent the grinding will result in play in the wheel. This is noticeable when taking hold of the rim with the wheel in the frame and rocking it from side to side.

And though you can replace bearings and cones, its much more difficult or even impossible to replace a hub.

You’ll need a thin cone wrench to hold the cone while loosening its lock nut, that is tightened against it making sure it stays in place. The 15mm. shown here is the default one that’ll fit most cones used on axles from retro bikes as far as I know.

With both the lock nut and cone loose, you can remove the entire axle by pulling it through the hub. If we’re talking about the rear wheel, you’ll first also need to remove the cassette with a chain whip, lockring removal tool and shop wrench or adjustable wrench.

You can’t really clean sealed cartridge bearings. To get to the balls inside the cage you’ll need to remove the seal, probably damaging it.

Both cartridge bearings and loose bearings aren’t all that expensive, so it’s a sane choice to simply replace them if you feel they’ve sustained damage in any way. Make sure they’re from the same batch so they are the same size (made by the same machine).

Cleaning the bearings can be done either with a baby wipe or by dousing them in mineral spirits.

Obviously also the inner race of the hub, the cones and axle will need to be cleaned and re-greased. Check both for signs of wear. I’ve written a separate article about repairing damaged cones.

Once you have cleaned all the parts putting them back together is easy enough. Just make sure you don’t over tighten the bearings, or set them up to loose. I’ve written an article about overhauling your bicycle hub if your interested in the ins- and outs of this particular process.

And that’s my thoughts on how to clean bicycle hub bearings.