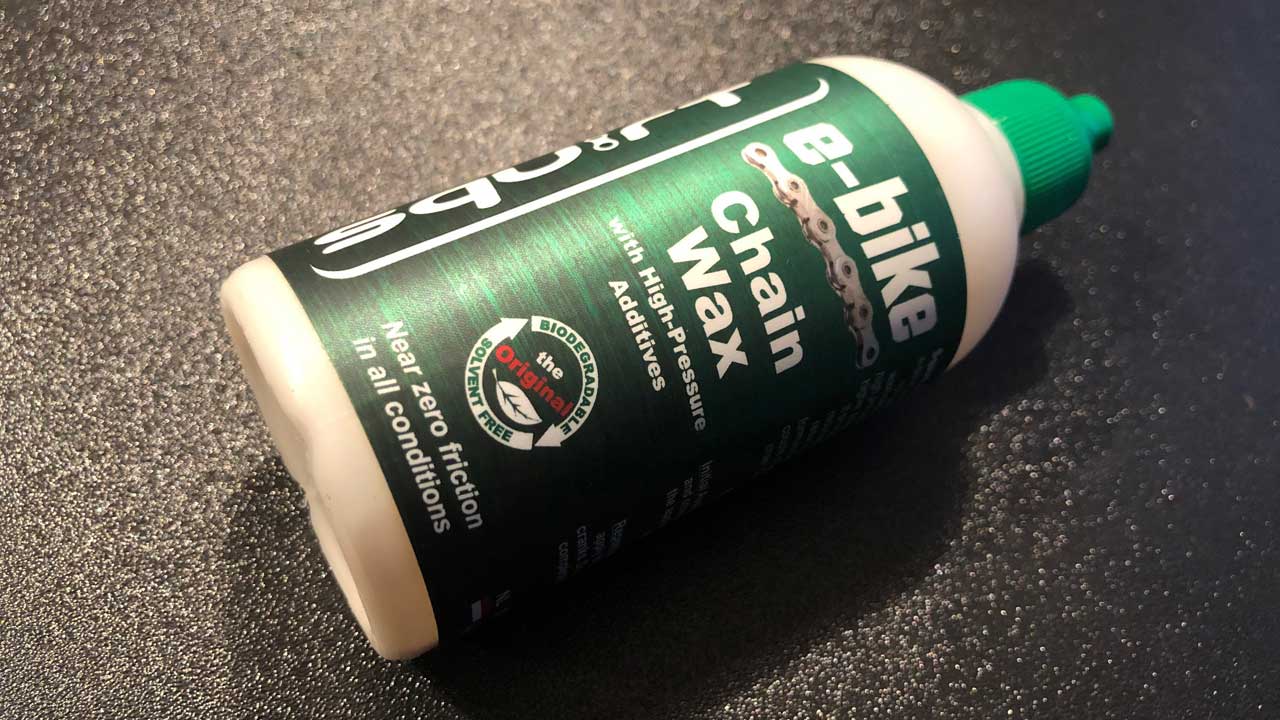 For me the great battle between bicycle chain wax vs lube was settled when a riding buddy said to me that he never ever cleaned the cassette of his mountain bike and gets 10K out of them.

That definitely got my attention, and since he’s a professional bike mechanic and has done his fair share of racing, I took him for his word.

I always thought I took exceptional care of my bikes, which includes the drivetrain. I’ve even written a whole slew of articles how you can take care of your chain and drivetrain in general.

But after hundreds of miles using the product my friend suggested I feel there’s a clear winner between the battle of bicycle chain wax vs lube, and it’s clearly wax.

There are a number of very clear reasons why wax is far superior to lube, and I feel like a fool for needed to have this pointed out to me.

Everyone who’s accustomed to using chain lube, knows the distinctive feeling of getting your hands very dirty when dealing with the chain. Whether it’s when cleaning the chain, the cassette, or getting it on again because it slipped off the chainring for whatever reason.

When riding in wet or muddy conditions it’s even worse. And when I moved from road racing to mountain biking I found myself basically cleaning my entire drivetrain after every ride. I found shifting performance being reduced in the same ride because of the drivetrain clogged up with so much sand.

The difference between bicycle chain wax vs lube is like night and day. Bicycle chain wax hardly attracts any dirt if any. It has no adhesive qualities to it. Especially when riding in dry conditions, your chain will look just as clean after your ride as before it.

And we all know that bicycle components have become much more expensive the last couple of years. So if using a bit of wax on your chain, can keep you from spending hard earned cash on new components, or riding much longer with less worn components, I’m all in.

I’ve started using bicycle chain wax on my entire bike lineup. from 50 year-old city bikes to my more recent cross-country world cup bike. All of my bikes are dear to me, and all of them have rare components that are hard to find and very expensive to replace.

I probably visibly cringe when I hear the sounds of somebody shifting a badly configured and worn drivetrain. You simply know that with each shifting instance the cogs wear out faster and faster.

The best feeling is feeling you’ve shifted but hardly being able to hear it. It’s like the feeling of clean teeth after you’ve just been to the dentist. And while that feeling usually last until your next meal, using bicycle chain wax have provided me with solid shifting performance ride after ride.

It’s another reason that between bicycle chain wax vs lube the choice is clear as day.

We all understand that cleaning your bike periodically makes sense, even if everybody prioritizes it differently. Using a bicycle chain wax vs lube simply means that no matter what your cleaning schedule is, unless it’s “never” you’ll do less of it.

That means more time spend on your bike instead of cleaning it, which is something we all want to do. Although cleaning a bike does have some meditative qualities to it sometimes.

So now I’ve established the reasoning behind using bicycle chain wax vs lube, of course you’ll want to know what chain wax I actually use. It’s Squirt E-bike Chain Wax.

The “e-bike” in the name refers to the fact that the wax is suitable for sustaining higher torque ratios than their standard lube, and is probably the reason the guy who suggested this to me uses it for mountain biking.

They offer a standard 120ml version, which is the one I use. Since I think it’s such a great product I might buy me half a liter next time.

If you want only the best for your bike you might want to look into CeramicSpeed UFO Drip Chain Coating. It’s twice as expensive as the Squirt version.

UFO drip actually needs to sit overnight for it to completely dry, making it much less user-friendly than the Squirt wax, which I let sit for maybe half an hour.