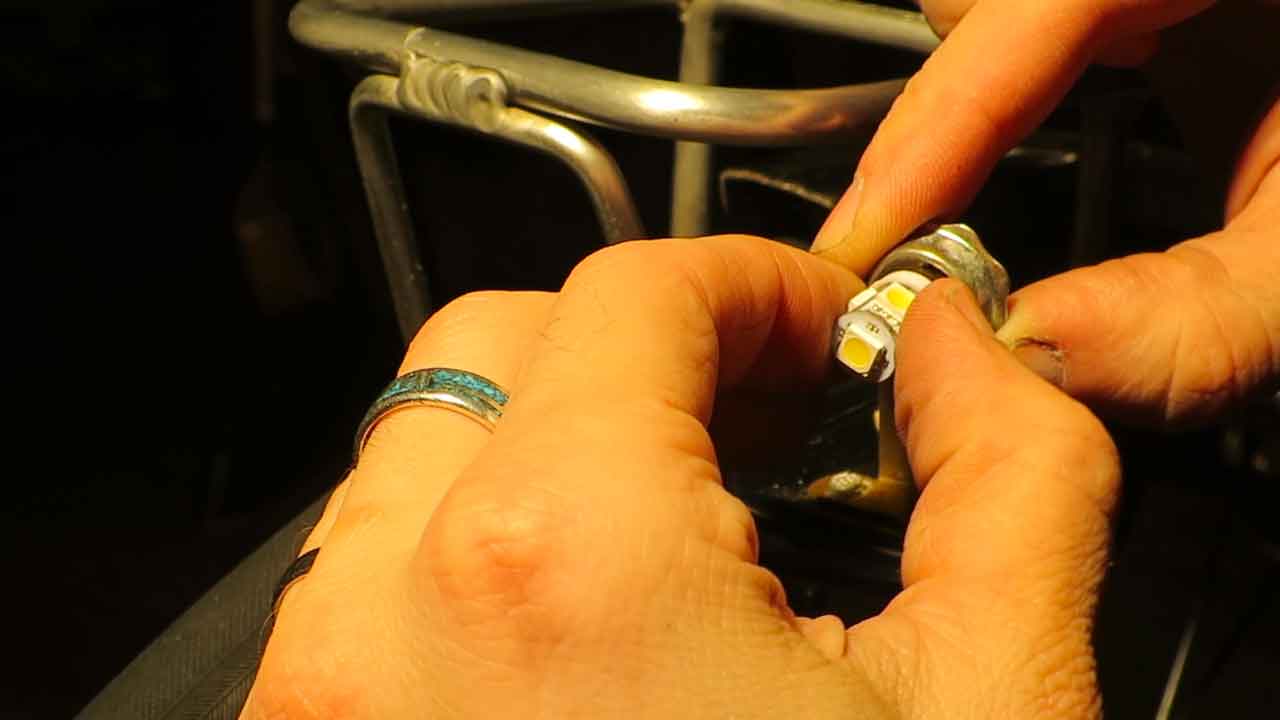 In this article I’m going to give you a number of tips on replacing bicycle light bulb with LEDs.

One of my favorite bicycle parts has to be the bicycle dynamo and vintage bicycle lights. The buzz of a dynamo is such a distinctive sound.

But anyone who’s ever ridden a bike with incandescent light bulbs knows that sooner or later, that little yellow light will pop, leaving you in the dark literally.

Why do vintage bicycle light bulbs fail so often?

The light bulb holds a small tungsten filament. Running electricity through this filament causes it to heat up and emit light.

With use the tungsten slowly evaporates and settles on the inside of the encasing bulb, blackening it.

The fact the tungsten evaporates over time means that sooner or later your light will stop working. And what I’ve noticed is that since I ride pretty fast the bulbs have a extremely short life span.

The obvious choice when upgrading your lighting setup is to go for LED lights. LED stands for light-emitting diode.

I won’t bore you with the details behind the LED technology, but suffice to say it emits 4 times as much light using the same amount of energy. And since the technology doesn’t make use of a slowly dissolving filament to create light, they last much longer as well.

Those two factors combined is the reason why besides caged pedals, and cotter pins, using incandescent lights for a bicycle is truly an inferior option.

The installation process is just as straightforward with LEDs as with normal light bulbs.

That being said, because of how they are constructed, the LEDs I bought would prove to be too big to be held in the tiny compartment of the rear light.

I doubt you will ever have this issue with your front light, since they are generally much larger than your rear light.

Make sure you point your head light not straight forward and definitely not in an upwards angle. The brightness of the your LED will blind oncoming traffic, which makes for very dangerous situations.

One of the most obvious downsides of replacing bicycle light bulb with LED is that you’ll loose that characteristic yellow light. You won’t notice it for the rear since the encasing is red plastic, but you will for the front.

But what you’ll get in return is four times as much light that’ll last you ten times as long.