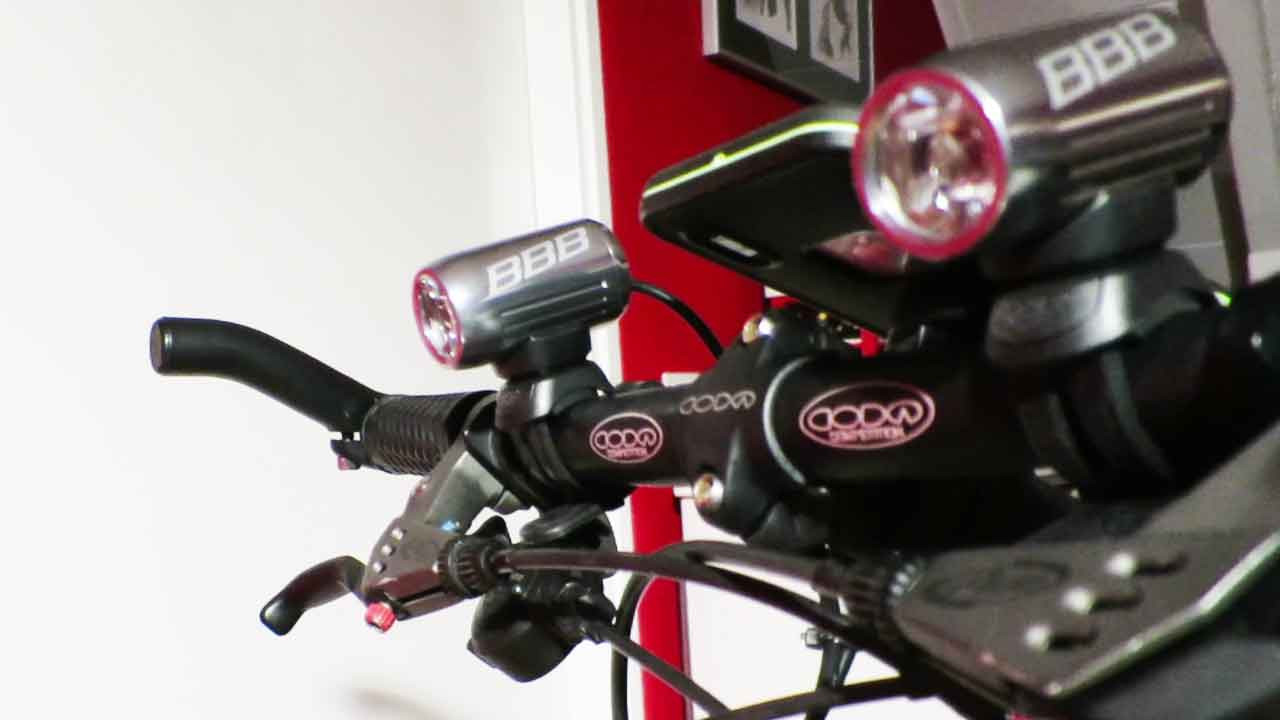 I was able to buy a couple of led bicycle front lights for a mere €35 euros on Ebay. They are BBB bls-64 led lights meant for a dual setup if you’ve already have the single BBB bls-63 (which includes a battery pack).

I had bought the lights back in 2012 when they first came out, so I’d already had a pair. Back then a pair of these led bicycle front lights set me back €300 euros, which made the €35 seem like nothing in comparison.

Since I always hated the setup with velcro straps, I decided to create my own setup which I would be able to screw into the cage mount on the frame.

Step 1. Creating the mount for the battery pack

I bought a strip of aluminum at the local hardware store, drilled holes in it, sawed it off at the correct length. I used the Topeak bottle cage I already used on the frame for the correct measurements.

From an arbitrary piece of rubber I have no idea what it was originally meant for, I created two rubber washers. The aluminium strip needed some space between itself and the frame so it wouldn’t sit flush against the frame, allowing for cable ties to be moved underneath it.

I first mounted the aluminium strip in place. I still had a piece of rubber from a Lifeproof bike mount so the clip from the battery pack wouldn’t sit atop the bottle cage screws. Two cable ties keep the battery pack in place, making for a velcro-less tidy setup.

Now it was time for the dual led bicycle front lights setup. They needed to be spaced far enough for each to allow for my iPhone to be dismounted, which is achieved by rotating it from its magnetic holder.

The led front bicycle lights came with a splitter for the dual setup. I had to perform a little cable management, which meant guiding the cables underneath the handlebar alongside the existing brake and shifter cables using cable ties.

And then I was done. And that’s how you install led bicycle front lights ! If you like this article give it a thumbs up. If you have any questions or suggestions for new articles, let me know in the comments below. Cheers.